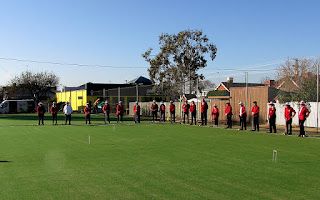 Congratulation to us all. The new synthetic courts are ready and at precisely 9am everybody christened the first lawn (to be known as court 3) by each hitting a ball into the centre.
All balls were marked and the closest to the centre peg received a small prize. 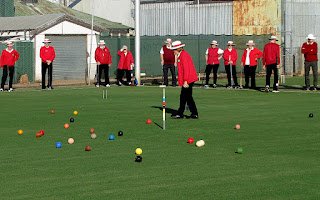 The hoops sit firmly in their bases, with NO noticeable movement.
The benefit of this was immediately evident. With a properly hit ball there is no deflection due to hoop wobble, but the ball neatly continues on its way, spinning itself through the hoop. 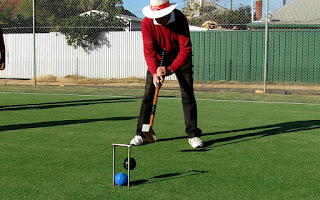 The ALL IMPORTANT test, according to Tom, was whether you could do a jump shot on the new surface.
This, I am happy to report, is the case. With no hesitation and a few tests, Tom proved that Jump Shots are indeed possible. 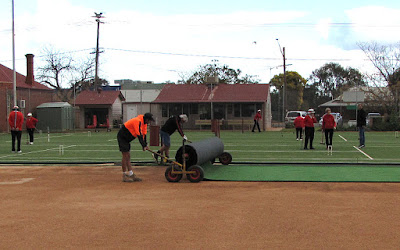 hursday 18th June and the first section of turf is being rolled out, on what will be lawn one, to establish our new synthetic playing surface.
You can follow the progress on the Synthetic Lawn Installation page. Click on the images to enlarge.

The AGM of the Muller Park Tennis and Croquet Club (home of the Dubbo City  Croquet Club) was held on Monday 24th February.   There was a strong showing of members and keen interest in the activities and future projects of the Club.

President Jenny Brown summarised the achievements in her term of office, many of which revolve around development of the Muller Park site to accommodate two sports.  Ben Vang stood aside as Games Captain, a position he has held with energy, imagination and expertise for several years.  His successor has not shoes but gumboots to fill.

We will need to get a guest book.

Our latest visitor was the Member for Parkes who was interested to call in and catch up with our news.   Mr Coulton is a very busy man so we understood that he was unable to pick up a mallet this time and join in.

A very pleasant afternoon was had by 16 croqueteers following normal morning play.
Suggested and arranged by Tricia members brought trays of sandwiches to be shared for lunch, followed by cake, trifle and pavlova.

Tricia handed out tickets to each member and a door prize was duly won by Ben.

A selection of hats appropriate for the cup were on display and looked like this:
Many thanks to Tricia and ladies who made this a fun afternoon. Also thanks to Peter who organised the cup sweeps.

Our Annual Golf Croquet Doubles Competition was held on Saturday 21st September, the club’s birthday month which this year was our 98th.

This year 18 players, making up 9 teams, took up the challenge and contested each other in two blocks of Round-Robin style matches, taking us nearly all day to complete. 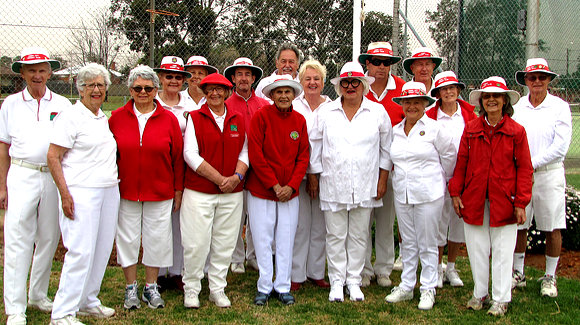 It was especially pleasing to see a number of our newer members brave enough to enter the competition. We hope to see you participate in many more future events.

The Runners Up of the two blocks were Dianne & Sandra and Pam & Don who will receive a Bronze Merit Badge each. 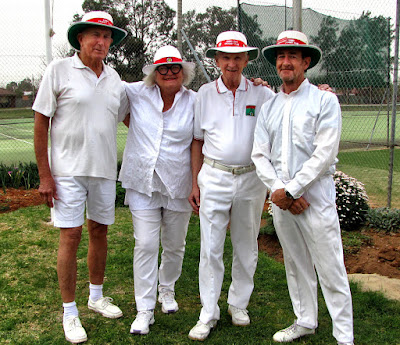 The winners of the two blocks, Bryan & Noelen and Charles & Ben, then had 90 minute long battle to determine the ultimate positions of the 2019 Golf Croquet Doubles Competition.

Noelen & Bryan used their 4 Handicap Extra Turns wisely and pulled ahead with four hoops first up, putting a lot of pressure on Charles & Ben, however, in the end Noelene & Bryan were defeated 7:4 by Charles & Ben.

The 2019 Doubles winners are: Charles & Ben, earning a Gold Badge each and the Runners-Up Noelene & Bryan earning a Silver Badge each.

Saturday morning, 8th June, the winners of A-Block & B-Block finally had their day, to determine who should be the 2019 Champion.

It was neck-and-neck the first half of the game, but, together with a well executed jumpshot (jumping two balls), we saw Charles draw ahead to win the title.

Our move to Muller Park saw us gain a new, comfortable and well outfitted club house with a nice undercover at the rear, overlooking the courts. 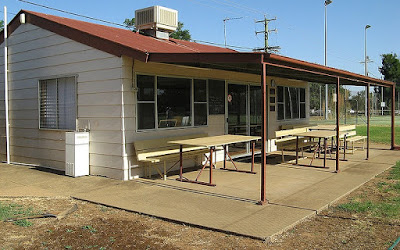 The surrounding area was looking a little sad, but this has now been spruced up. Grass has been laid and watered, and our secretary extraordinare, Charles, has used his hidden talent as a gardener, to establish a new garden at the barbeque area on the northern side.

After just 5 months it is already looking very nice and will be a pleasant area to light up a barbeque.


Wednesday
From 4:00 pm for beginners, tuition,
training and practise
Saturday afternoon
By arrangement

Please check at the club
for up to date info or email mullerparktennisclub@gmail.com